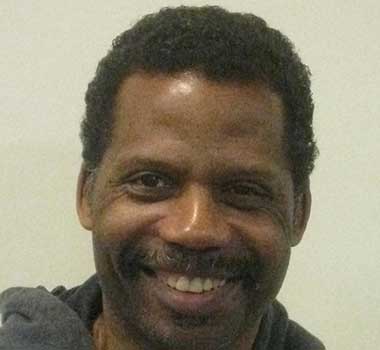 I had been unemployed for several years due to a back injury I got from my last (highly paid) job. I took a job as a school janitor to pay the bills, but it was at such low pay, with no benefits, and was far from being my dream job that I realized I had to make a change. I don’t want to take another entry level job; I want to do more meaningful work. So I got the ball rolling to go back to school.

I was also very inspired by Barak Obama. He had dropped out of college. Like me, he was not enjoying it the first time around and wasn’t applying himself to the work. But a little later he straightened up and went back to Columbia undergrad and then Harvard grad school.

When I came to Graduate! Philadelphia, I didn’t have a computer or internet at home, so I was able to use their computers to do internet searches and fill out online forms. Working with them, I was able to waive application fees, and start to figure out what I wanted to study and pursue career-wise.

At the Graduate! Philadelphia center, I met with the advisor from Chestnut Hill College. I had a good interview with her, liked what I heard about the college and liked that it was near where I was living. But then, when I was about to leave, an advisor from Penn State Abington approached me and told me that they had a program that offered exactly what I was looking for. We spoke further and then I knew it was a good fit. It was a real gift to have the opportunity to speak with both representatives. Just those conversations helped motivate me further to keep going since there were people who were interested in helping me get to where I wanted to go in life.

I now have a 3.97 GPA (got my first B last semester) and am really enjoying my classes. It’s fulfilling to be back in school. In my former job, I was treated as though I didn’t have much of a brain or I would be asked for ideas and input and never given credit. I feel more confidence now knowing I can still do good work in school and get good grades. I was even just invited to join the Penn State honors program, which offers scholarship money every semester. Hopefully, this will help me be able to study abroad this fall in England or in Sweden next Spring.

Finding the money to go to school has been and continues to be the biggest challenge for me. This is the last semester that I can use the Pennsylvania Higher Education Assistance Agency (PHEAA) grant to help cover tuition since I had used PHEAA money the first time I went to college. I’m taking out loans and pursuing scholarships to cover the costs, but each semester it’s still a challenge. My financial aid officer and Graduate! Philadelphia advisor have been doing all they can to help me identify scholarships.

When I had to stop working due to my back, it was a blessing in disguise. Now I can finally start doing something worthwhile. I wish I had turned my life around years ago to pursue other interests I had, like medicine. But I’m glad to now have a chance to do something useful; to secure a job with a path, not a dead end.